3 Essentials For Surviving A Boston Winter 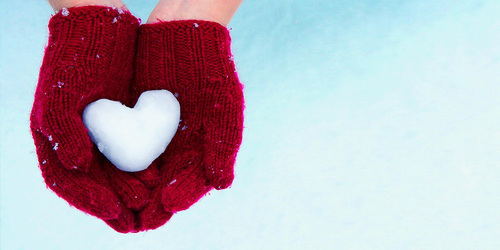 Albert Camus famously wrote, “In the midst of winter, I found there was, within me, an invincible summer.” Clearly Camus never spent a winter or two in Boston. If he had, he would know that one’s internal summer can be quickly eclipsed by bitter cold winds, snow that doesn’t melt until April, and layers of sedimentary ice that form over a five-month time span. Read on for a few tips on getting through the season from one Boston winter survivor.

A winter coat that extends past your knees. While a winter jacket may seem like an obvious necessity, there is one characteristic that is often overlooked: length. Boston winds are known for being a type of silent assassin – they come out of nowhere, and fairness is not one of their more perceivable qualities. The wind chill factor in Boston can make or break your daily commute, which can be drastically aided by a winter coat that extends past your knees, wrapping you in a cocoon of warmth that can challenge even the most treacherous of bitter winds. Also, ditch your vests. Keeping your torso warm won’t save you here.

A cheap, plastic sled from Ace Hardware. Chances are that if you parked your car on the side of a road you can kiss it goodbye until April, which is why a snow scraper did not make this list. Instead, get your winter boots on and have a little fun while it lasts. College rookies will attempt to steal trays from the cafeteria to go sledding – don’t let that be you. Almost every hardware store, including Ace Hardware near Boston College, sells cheap plastic saucer sleds for about $10, and the investment is well worth it. The other necessity in Boston sledding is finding a hill that isn’t overcrowded, or too close to a road. If you’re in the Boston College area, the hill next to Boston College’s Brighton Campus Library is off the beaten track but has great slopes.

Alcohol. The reason that alcohol makes this list is not to imply the obvious – that it is a necessity – but that it is a necessity to stock up on before everyone else does. The day before a winter storm to a liquor store is like the Christmas Eve rush at Toys-R-Us, you have to be prepared to make personal sacrifices to get what you want. Don’t be afraid to try liquor stores off the beaten path, and make sure to go in early. Be aware that most liquor stores in Massachusetts are closed on Sundays, and can be harsh on out of state driver’s licenses. If you’re in the Boston College area, Reservoir Wine & Spirits is a great option.

With these three essentials your internal summer doesn’t have to freeze over too. If you are experiencing or will experience your first Boston winter, don’t worry, a veteran of the season can tell you that one simple fact still rings true: all winters come to an end.

Have you ever been to Boston in the winter time? What are your winter essentials? Share with us in the comments section below!