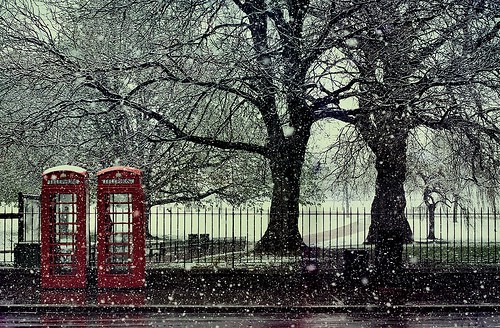 When you think of London, it’s hard not to be swept away by the thought of dimly lit pubs, charming accents, the patriotism surrounding the royal family, and Harry Potter. But the truth is that London has more to offer, its sheer size and unique qualities in every borough can have you falling in love with the city around every corner – if you know the right places to look. Whether you’re going on a short visit, a semester abroad, or relocating, here are a few places to go and things to do that the guidebooks don’t tell you about:

From its creation in 1965, Camden embodies the glorious era of punk, rebellion, and urban art that makes it a unique destination near the outskirts of central London. The street vendors and markets in Camden boast an array of vintage, one of a kind and handcrafted goods, many including prints of Banksy’s famous street art. Camden is the heart of London’s alternative scene, where you can simultaneously stroll along the canal, listen to alternative music, and peruse punk fashion.

2. Leave your mark on Abbey Road

After taking the obligatory zebra crosswalk picture in front of Abbey Road Studio, don’t forget to walk back across and sign your graffiti tribute to The Beatles on the studio wall. The long, white wall in front of Abbey Road Studio bears signatures, lyrics, and messages from Beatles fans from all over the world. Some women leave their phone numbers, some fans write their favorite song lyrics, and others simply write their name, but all signatures add to the legacy of London’s iconic musical legends.

An inexplicably addictive fad has swept over large parks in London over the past few years, attracting people of all age to don neon skates, grab their ski poles, and hit the sidewalk. Originally adapted from training exercises developed by cross-country skiiers practicing in non-snowy conditions, rollerskiing boasts both aerobic benefits and a genuine adrenaline rush. Rollerskiing lessons are offered to a range of skill levels, and whether you’re partaking in the fun, watching others, or trying not to get knocked off your feet by those zooming by, the fitness and recreational trend is a fun way to tour the iconic Hyde Park.

4. Spend a day in Hyde Park

If you’re looking to get an intimate look at London culture, Hyde Park is a microcosm of the city’s colorful cosmopolitan atmosphere. As the largest park in central London, Hyde Park is divided in two by a serpentine that encompasses Kensington Gardens, Kensington palace, the iconic duck pond, the main entrance area of Buckingham Palace, the Crystal Palace, and other famous sites like Speaker’s Corner. For those seeking a silent moment to bask in the magnificence of the city, Hyde Park is also an idyllic place for jogging and peaceful reading. In addition, the park attracts a mix of both tourists and locals, making it an ideal place to people watch and get a taste for how the natives enjoy the city. The sites, the ambiance, and the local culture make Hyde Park a symbol of the wonders London has to offer.

Have you been to London? What are your favorite things to do in the city? Let us know in the comments section!