4 Unreal Summer Festivals From Around The World 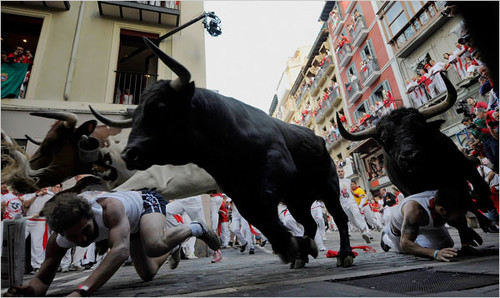 What better way to celebrate summer than going to an outdoor festival, basking in the sun, listening to amazing music, dancing and indulging in summer culture! Sure, images of ragers from Coachella or other concerts may have popped up in your mind, but festivals happen all over the world that combine more culture and music than most give then credit for! Read on for some of the most spectacular summer festivals from around the globe.

An annual World Body Painting Festival is held in July in the town of Seeboden in Lake Worthersee that is a real shock to your senses. Showcasing the body as its own form of art, there are parades of naked, painted people that represent body paint artists from around the world. There are more than 20 workshops on site, multiple Cirque De Soleil skilled performances, and lots of music, UV shows, photography, and even fireworks.

A summer festival list could not be complete with the famed Lollapalooza festival. If you’re lucky enough to score tickets to this sold-out festival taking place from August 3-5, you can enjoy acts from the Black Keys, Black Sabbath, the Red Hot Chili Peppers, and Florence + The Machine, among others. During the beginning of the day there is also Kidzapalooza, which caters to kids under 11 who can play drums and instruments all day to their heart’s content.

Frothy German beer, German food, music, and other cultural staples can be had at the Hamburger Dom Beer Festival in a region of Hamburg called Heiligengeistfeld, which means Holy Ghost Field. In fact, the word Dom translates as “cathedral,” but the only spirits you’ll find here come in bottles. This festival is northern Germany’s take on Oktoberfest. An extra liver is most definitely required to attend this event.

While frats often host their own take on a “running of the bulls” event, the real thing happens in Pamplona, Spain at the San Fermin Festival in the middle of July. During this event, masses of people wearing red scarves and all-white ensembles line the streets as a herd of bulls are let loose onto the streets. Then, it’s a full on race to the bullring – and you don’t want to be the last one to make it there. Even without participating in this event, the spectacle alone is worth viewing!

Which festival sounds the most appealing to you? What is your favorite summer festival? Let us know in the comments section below.