How To Avoid The “Pink Tax” Price Hike

What kind of ordinary student isn’t broke nowadays? Not only do you have to think about college tuition, accommodation and transport costs and paying for a social life, there are the day to day costs of living to factor in too. In preparation for paying back those student loans when you graduate, you may want to be a little smarter and more frugal about the essentials you buy today: food, stationery, and perhaps most importantly, cosmetics and clothing.

You may have already heard something in the media about the “pink tax”: the name for the extra money women pay for the adorable pink color (and no real added benefit apart from that) in female-orientated cosmetic products such as razors. According to some recent studies, women even pay a pink tax in clothing and vehicle repair! But did you know about its polar twin, the “blue tax”? 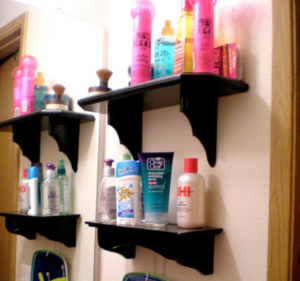 A recent study conducted by Couponbox tells us that on average, men spend more on 60% on gender-based products, including hair regrowth treatments, manicure kits and deodorants. In certain items of clothing, such as suits, sports hoodies and shoes, men have to pay up to 55% more than we girls.

So what’s the answer for the frugal college student?

The best idea would be to go genderless wherever possible. So, even if you still don’t want to buy products marketed to men, instead of paying extra for that oh-so-feminine look in your bottles and sprays find something with no gender-based restrictions. With many products, the only difference is in the packaging, so why not buy a grey razor instead of another pastel shade? Also, there is an argument that men’s razors actually work better for women than the ones designed for us – given that they’re designed for shaving sensitive facial skin, and so give a smoother shave with less irritation.

As for the guys, providing you don’t mind smelling like fruits and flowers, women’s deodorant might be a better choice for the price – after all, there isn’t any difference between people’s armpits. Although, some feel that there is a difference between how well men and women’s deodorants work (at their principal task of preventing body odor), which is why many women turn to using men’s products instead, even with the extra couple of dollars they have to pay.

For clothing, however, most men (and women!) would probably prefer to stick to their own shapes of shirt/blouse rather than save a little more money – though for loose hoodies and pajamas, the difference wouldn’t be particularly noticeable! In fact, the “oversized cute” look is a look that many girls already pull off.

However, being a savvy shopper and always buying the cheapest item are different things. A lot of men and women’s products are gender-based for a reason – especially underwear! – and you may not always be better off swapping to the cheaper alternative. Moisturizers, for example, are usually assigned to either gender with good reason, as there are distinct differences between men and women’s skin, so just remember to think before you buy – that way, you can look and smell your best and still have money to spare!