How To… Make Glow In The Dark Frosting And Ghost Cupcakes 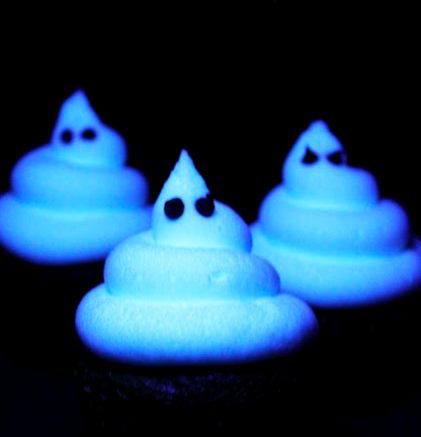 Why wait until halloween for a fun glow in the dark treat that also works under a black light? So whether you’re planning a costume themed party or having a rave, cupcakes or other baked treats with glow in the dark frosting might just be the highlight of your event.

Original recipe can be found here.

And you’re ready to display your glowing cupcakes next to the ghost ones! The perfect sweet party platter for a devilish occasion.