My Birthday: 5 Things I Learned This Year 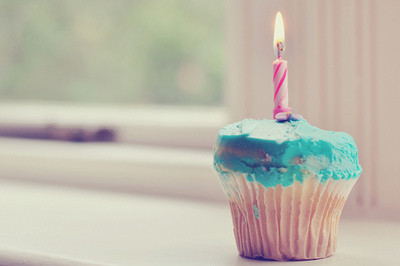 Today’s my birthday. In fact, it’s my “champagne” birthday: that’s where you turn the same age as the day you were born. I’m 22 today, and in light of this special day, I wanted to take some time to reflect on a few things I learned this year, serious, and not-so-serious:

1. Moderation is Better than Starvation

About this time last year, I was right in the thick of an obsession with food. I was using an online program to track every single calorie I put into my body, every single calorie I burned with exercise, and weighed pretty much what I weight right now. Over this year, I let go of my obsessive dieting, tracking, and working out, and decided to try allowing myself a little bit of everything in moderation. The results? Well, like I said, I weight pretty much the same (everyone’s weight usually fluctuates 2 or 3 lbs, up or down), I’m healthy, happy, and I don’t feel the need to deprive myself (or gorge myself either, for that matter). Keeping everything in moderation, be it exercise, or snack cakes, is a much healthier way to look at your body and fitness. I’m not saying to let go of goals if you want to be healthier, but obsessing over everything only makes you more stressed, and it simply doesn’t work.

This summer, like most students, I worked two jobs to try to save up money for school. Near the end of the summer, my boyfriend’s family invited me to their cottage for the week. I debated whether or not to take the time off of work, worrying about my shrunken pay cheque, but eventually booked a few days off and headed down. When all was said and done, I made the same this summer as I have any other, even without the extra couple hundred I lost on my vacation. What I gained on top of that was making some lifelong memories with my boyfriend and his family that I may not have a chance to make again, since this could have very likely been my last summer at home. We all worry about money as students, but sometimes it’s important to take a step back and remember what money can’t buy, and not turn down opportunities we may later regret missing just to make a quick buck.

We all scoff at the hysterics of the Jersey Shore kids or the Teen Mom girls, but I have to admit, I can’t get enough of these cheesy reality shows. It’s mostly MTV for me, but honestly, most of the shows I like aren’t exactly changing the course of humanity. While I may tell my grandkids about Chuck and Blair in the future, it’s safe to bet most people won’t even remember what Gossip Girl was. I can defend it, I can hide my passion, but why bother? I love my cheesy TV shows and I’m proud to admit it. I’m even a Gleek! Judge me or join me, I’m not going to deny it any longer. I like some pretty ridiculous TV shows, and I’m going to keep watching them until they’re off the air!

4. You Can’t Plan Everything

I’m borderline obsessive-compulsive. I like having everything organized, and I get very anxious when things don’t go as planned. Since grade seven I’ve known what university I wanted to study at, and up until this year, I haven’t had to make any changes to that plan. Now, facing graduation, applying to graduate school, and considering my future career paths, I’m starting to realize that a lot of what will change in my life I can’t plan for, because I can’t control. I could not get accepted to grad school, I could get accepted but be denied funding, I could get a job offer I don’t want to refuse, there are so many possibilities. I’ve been stressing, but I realize now all I can do is make plans as far as possible, and let the chips fall where they may. On the plus side? This is a very exciting time in my life.

I’ll confess something, I’ve been drinking since I was 15. I come from a small, rural community and unfortunately the reality of a lot of those types of communities is there isn’t a lot for young people to do to occupy their time, so they end up drinking. Now, I don’t drink very often, maybe every 2 or 3 months. I try to pace myself and be responsible, but the fact of the matter is, even with 7 years of experience under my belt, I still tend to overdo it sometimes. I’ll get hangovers, dance like a fool, and I’ve even gotten sick once this year. I’m hoping to move forward and learn from my mistakes, and if I can pass any advice to my younger readers, figure it out. Drinking too much isn’t necessary, you can have a hell of a time with just a little to drink, or nothing to drink at all, and if you can’t, you might want to figure out why that is.

Any advice for me on my birthday? What have you learned this year? Are you going to use what you learned to make New Year’s resolutions? Leave a comment and let me know!