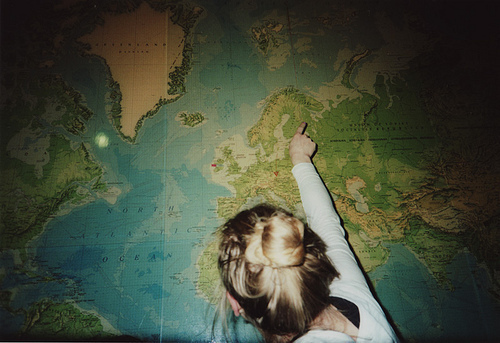 Last semester I had the opportunity to go on ERASMUS. This is a study abroad opportunity within Europe for students at European Universities.  At the University of Malta we are encouraged to take part in it because in Malta we live a very sheltered life as students. Most of us live at home, have been with the same friends since pre-grade, and do not pay a cent for university ( in fact we are paid a certain amount each month for being students, as well as given a sort of debit card that we can use to purchase books with!)

When I was selected to go study at the University of Szeged, Hungary; I was pleased as punch! Once I got there and settled into the flat with 3 other roommates and began attending lectures and living the ‘life’, I realized how ‘central’ Hungary was with regards to travelling to other countries! With a handful of Erasmus friends, we were catching trains/bus every other weekend to visit some eastern European country. As we were all looking for the cheapest routes and options possible we relied a lot on hostels. We had used the following hostels:

This was our first official Euro-trip while on ERASMUS. My two roommates and I decided to go for a day and a half to Vienna. After leaving at 4:35am on a Saturday morning, we arrived in Vienna at around midday. After getting lost a few times, we found Westend City Hostel. Although we got lost, (we didn’t see the huge sign over our head pointing to the side road) the hostel is in a prime location, especially as it is a stone throw away from Westbahnhof. Breakfast was included and the staff was very appealing both in terms of helpful-ness as well as handsome-ness! We stayed in a mixed 10 bed dorm which was quite interesting as we made friends with several people from different walks of life. Most importantly: the beds are comfy enough and that was all we needed for the one night in Vienna.

The Erasmus Student Network organized a grand tour of Krakow for Erasmus students studying in Hungary. After an extremely long bus ride that started at 6am on a breezy mid-October Friday morning, we arrived. As we were so many students, the organizer selected two hostels that were next door to each other, and my friends and I were placed in Yellow Hostel and basically from Friday to Sunday the epic-ness did not stop! The hostel was 5 minutes away from the main square, and the dorm rooms were quite spacious. The hostel had table soccer, and on Saturday night at 5.30am we started playing after a night out. We were 5 players, each a different nationality- French, Romanian, Portuguese, Spanish and a Maltese, and it was one of the funniest experiences ever. Another plus for the hotel was the early breakfast call. Now usually I’m one who appreciates late waking up calls, but being up at 7am Saturday morning and eating at the table with a guy who literally JUST walked through the front door after spending the entire night at a bar- is priceless. The poor guy was seeing two milk cartons hovering in front of him!

At the end of October, one of the Serbian students on Erasmus with me offered to take a group of us to Serbia. Szeged was on the border of Serbia, so we caught a bus and then walked across the border on foot. We then caught another bus, a train and finally a tram, and we arrived at Eurostar Hostel in Belgrade. It was such a sweet small hostel. We were quite a large group again, so we took up all the rooms. The staff was amazing, and after we arrived they offered us all shots of “rakija,” their local alcohol, after which they took us to a restaurant that had more meat dishes than a butcher has! While it is not in a very central area, the walk to the sights is pleasant enough and part of the experience.

Mid- November we visited Bratislava, and after receiving a 40 euro fine for not buying a tram ticket (I suggest you buy one even for a 5 minute trip!) we checked into the Patio Hostel. Like Vienna, we were in Bratislava for only one night so all we needed was a place to sleep. And this place was good enough! It has very cheap rates with an excellent location and a really great heating system in the dorm rooms. Only disadvantage was of a personal nature- when checking in I bumped into a guy I met (read: made out with in a club) on my trip to Prague. Funny enough we were both spending the semester in Hungary, yet NEVER bumped into each other while in Hungary- BUT in a different country after an 8 hour train ride, obviously I see him at the hostel!

We stayed at Chili Hostel for a weekend in December. It was an awesome hostel for a large group like us, as well as being in a prime location, as it was within 10/15 minutes of walking to the main sites of Prague! A drawback is that there was no lift, and after a night of partying at “Karlovy Lazne,” a club with FIVE floors, climbing those stairs is no easy feat! But stairs didn’t seem to be a problem for Tom Cruise as it seems in October 2010, he was filming a movie scene using the top two floors of the hostel!

Have you been on any Euro-Trips and stayed in hostels? Nice or not-so-nice? Leave us a comment and let us know!