How To…Get Along With Your Roommate 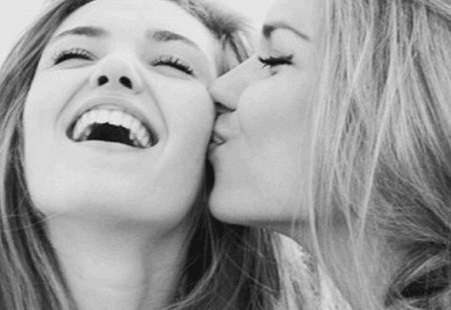 Some roommates are better than others. Some of you are going to luck into your best friend, and some of you are getting stuck with someone two steps short of deranged. Hope for the best, plan for the worst. The first thing every pair of new roommates should do is sit down and work out a roommate agreement. Roommate agreements are an integral part of off campus housing, but they can be just as useful when you’re getting stuck in a room with whatever random classmate came up in the housing lottery. Laying everything out there beforehand will make the future smooth (or at least smoother) sailing. So how do you make a roommate agreement?

Sit down with your roommate.

Set aside some time to do this. Not a whole day, but an hour or two at least. Explain what you want to do. You can say it’s just so that you’re both clear where you stand and to minimize any future fights. Remember, this isn’t just you sitting her down and telling her not to play loud music, this should be a mutual exchange of ideas and preferences.

No, roommate agreements are not legally binding, but you need to both agree to try and follow whatever rules are laid out. You need to start by making that commitment. If someone slips up, it won’t be the end of the world, but saying “it’s in the roommate agreement” should end arguments.

Start by going through your daily routines.

If you like to start every day with yoga, then tell that to your roommate before she wakes up to see you in downward facing dog at 5am. Sharing a bathroom? When do each of you prefer to shower? If it’s at the same time, lay down some ground rules for length under the spray or maybe even consider having one person switch to a night time shower. What time are you likely to be out the door? Do you like to eat in your room? Basically, give your roomie fair warning of any weirdnesses you do throughout the day. If she has a 10 step skincare routine every night and is going to need the bathroom for an hour, you’ll want to know. If you have to have absolute darkness in order to sleep, she’ll want to know that before she unwittingly keeps you up until 4am with her reading lamp. Establish if there will be quiet after a certain time at night. Make sure you smooth out any conflict between your two daily habits.

This is always and forever an issue between roommates. Nobody has the same standards of cleanliness as anyone else. Some hate people wearing shoes in their dorm room, others are disgusted by eating in bed. You don’t have the right to dictate your roommate’s every behavior, but if there’s anything that really grosses you out then say it. It can also help to make a chore schedule, if you’re in charge of maintaining your own living space. How often to you vacuum? Who is in charge of cleaning what? How long do you have to get the room clean again after a big project or a big party?

This includes friends and romantic partners. Are they allowed in the room? If so, for how long? A good rule is just to keep each other informed. A simple text letting her know you’re coming back to chill with a friend will keep everything on the up and up. But establish rules for what just needs a warning and what needs permission. The room belongs to both of you so you each have a right to your space, but nobody wants to be working on an essay and have to ignore the couple making out in the other bed.

Smoking, drinking, drugs. It’s college so even if you’re straight laced and high on life, chances are you’ll run into people who aren’t. What happens when someone pulls out a six pack or some weed? Make sure you’re clear on whether the room is drug free or drug friendly.

Everyone has them, and sometimes it can seem like you always end up with the roommate exactly designed to push your buttons. These will be more like requests than rules, and they can be added to later, because eventually one of you will do something that drives the other up the wall. But this conversation will help you get in the habit of talking about these things, and actually being able to say something about whatever unbearable thing they’re doing will be super useful later on.

What are the absolute deal breakers?

What will you in no way ever in a million years be okay with? These aren’t mild annoyances, these are the “I’m requesting a new roommate” laws. They get laid down now. Unchanging and unbreakable. This is where you’re going to need to be brutally honest. Don’t make something a law unless it is really, really important. This is not “don’t touch my stuff,” this is “I will die if you bring a peanut into this room.”

You are trying to keep the well oiled machine that is your room running smoothly, not lay down the law on a disobedient serf.  Add in a few things to improve your room. How do you want to decorate? Are pets on the table? You can even offer to exchange talents, like trading a lesson in eyeshadow application for some guitar lessons. Each of you are bringing something amazing to the table, try to find out what that is!

Will you draw up a roommate agreement? What’s your craziest roommate story? Let us know in the comments section.