Making Mistakes: A Story From A Fellow College Girl 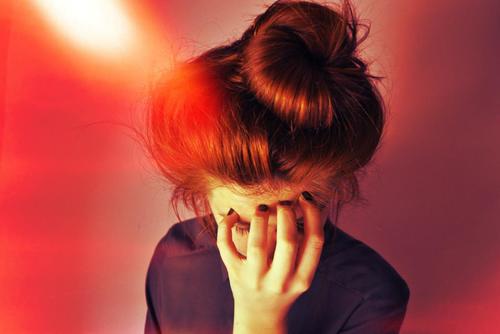 So, I recently failed myself. Being the younger sibling meant that I was the “perfect” child. My would-have-been mistakes had already been made by my sister. I made the right decisions and I knew what to do in situations because I learned everything through my sister. It was until now, my junior year of college, when I made my first mistake. All by myself. I had an Exercise Physiology class and let’s just say that I didn’t pass. This hurt me a lot. I worked super hard for this class, pulled all-nighters, did my best on everything, but I guess it just was not enough. School was one of the things that I was good at. I never had to worry because I knew I would always be fine. That is, until this class came along and changed everything. Never has failure hit me soo hard.

After I found out how terrible I had done on the exam, I fell into a depression phase. I felt as if nothing mattered. Everyone else was done with exams and my classmates were heading home. I had no path anymore. The spark in me had died and I didn’t feel like fighting. What made it even more difficult was that there were several other personal circumstance that added to this “lost” feeling I had. This test was just the cherry on top. I had let myself down and it hurt a lot.

Even though the road may be tough, there is always be hope to be found in whatever situation you may be in. I learned this a few days after. I told my parents my situation and I expected them to just as disappointed in me as I was. They surprised me. They told me to try and fight for myself. They ignited the spark that I had lost. They knew that my grades had never been an issue for me and were confident that I would find a way.

So, what did I learn from this?

I learned that it’s okay to make mistakes as long as you learn from them and fix them in any way you can. This was my first major mistake and that’s why it took a huge toll on me. I was also going through a bunch of other things on top of that, which added to my mini depression.  My family and friends helped me to see the light at the end of the tunnel and helped me believe in myself by reigniting my confidence and motivation. Crying and feeling sorry for myself was not going to get me anywhere, so I got up from my slump and found a way. I found a reason to fight: me. I fought for myself again. While I am still lost, I have an incredible support system that will be there for me no matter what, and I am grateful for that. Even though I don’t know what my future beholds now, I’m ready to face it.

Have you faced your mistakes lately? How have you bounced back? Share your stories below.