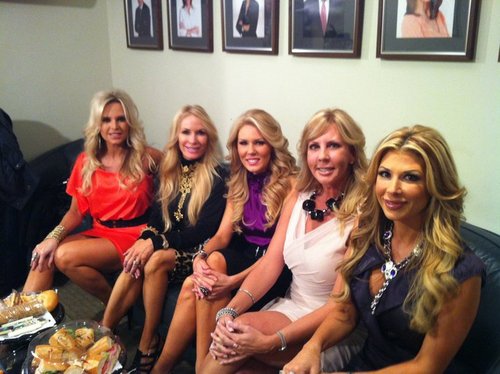 At one point or another, whether you would like to admit your guilty pleasures or not, you may have come across the show Real Housewives of Orange County on the Bravo TV network. Well, I don’t feel guilty about any of my pleasures. For a past job I had to watch and report on the show for a company’s social media platforms, so I spent some time analyzing the social and psychological intricacies of women and how they relate to each other. Whether you think the show is ridiculous or not, and most of the time it is, there are still some universal lessons to take away in between the makeup, big hair and cat fights.

Always be up front

I would estimate that about 50 percent of the arguments between then women on the show have to do with alleged or hear-say comments, and the other 50 percent to be about accusations coming from external sources or the press. In either case, being up front and owning your actions doesn’t just give you a strong voice but it gives you power over the situation. Instead of letting other people speak for you, speak up for yourself.

Even if the truth isn’t pretty, being honest and open about yourself and your actions is a brave thing that will win you a lot of praise and admiration.

No matter where the ladies of Orange County are jet setting off to, there is one common theme showcased in at least five minutes of footage before the actual trip takes place: overpacking. I must make a distinction here – I am not a proponent of overpacking, but as a girl who has had my share of under packing conundrums I have to say that there is one item that you might want to consider saving extra room for in your suitcase. Heels, heels, heels!

The bottom line is that you never know what an occasion will call for, you never know how badly your feet will be beaten up from a night out, and you never know what you might end up doing. I always used to pack by the rule of one black pair and one nude pair, but I think it’s safe to take a page out of the OC womens’ books and be ready for anything when it comes to shoes. What’s worse than wearing the same black pair of heels over and over again when you still have blisters from the first night of the trip?

Always say what you need to say – when it happens

There is a reason why the season reunion show is split into two, sometimes even three parts. An extra three weeks just to re-hash? I think it’s time to examine the real issue here. In order to resolve conflict, instead of simply putting it off for a later opportunity, a dialogue where everything is put onto the table and addressed in an honest and open fashion can save a lot face. Not to mention time.

When emotional exhaustion takes its toll during a confrontation it can be easy to wrap up the issue in your head in order to apologize just for the sake of moving on. But if we’re taking a good look at one of the longest running shows on the Bravo TV network it becomes evident that this strategy hasn’t worked, and there are seven seasons to show for it.

To avoid emotional fatigue or stress during confrontations, come from a place of calm understanding. Then it is possible to have an open dialogue about what’s really bothering you, on a deeper level than whatever the issue actually presents, and find closure in the present forum rather than bottling it up for later.

Always present your best self

I have to put a disclaimer here: I am not referring to spending hours on hair and makeup to present a superficial version of your “best self.” What I really mean is presenting your true self. Some of the most loved and most hated housewives are usually the most outspoken, but I think self expression is often a better quality than being passive or neutral. However your speak, act, or dress, all means of presenting or representing yourself, do it in a way that is natural and true to your most inner self.

Do you watch The Real Housewives of Orange County? What have you taken away from it? Let us know in the comments section below!