4 Foods You Should Avoid To Denounce Animal Cruelty 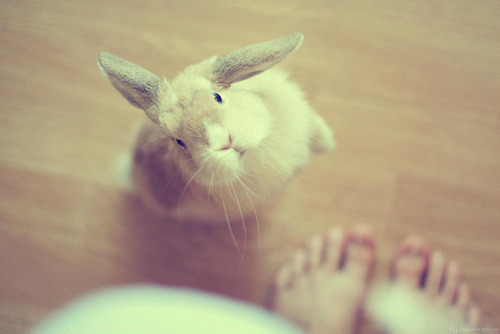 As an animal lover, regardless of where you see yourself on the scale from dog-cuddler to the woman from PETA who through flour all over Kim Kardashian, there are some foods that can easily be avoided that support ending animal cruelty. By doing your part and standing up for what you believe in, you can be the change you wish to see in our society regarding the unethical treatment of animals.

Disclaimer: this may get graphic!

The McRib sandwich at McDonald’s. While as college girls we are health-conscious enough to know the horrors of McDonald’s, there is a deeper issue that is often left out of the public eye. The Humane Society filed a complaint against Smithfield foods, who produces the meat used in the McRib, because they claim that not only are the living conditions and general animal welfare unsanitary and poor, but the pigs are subjected to tail-trimming, tooth extraction, and castration with no pain killers. These sandwiches are only offered in cycles, and for the next cycle McDonalds has pledged to end these practices, but it is the public who can ensure that they stick to their promise.

Foie gras. While this dish is considered to be a French delicacy, the birds killed to make it are force-fed with a long tube large quantities of food that they would never consume naturally. They are fed with corn that is boiled with fat in order to produce fat in the birds’ livers, which is what gives foie gras its buttery consistency. The birds often die from the force-feeding due to injuries to the esophagus or air blockage.

Ortolan. This is another French dish to pass on. The ortolan is a bird that is half a foot long, but weighs only four ounces. To prepare the bird, it is captured and then blinded with a pair of pincers. The bird is then placed in a small cage so that it cannot move and kept on a diet that allows it to reach up to four times its natural size, and finally it is put out of its misery by being drowned in brandy. The small bird is consumed whole except for its head. It may be considered a delicacy, but no momentary taste is worth the long-term suffering.

Ikizukuri. This is a Japanese dish that is actually more of a spectacle than a delicacy. When you order this off of a menu, you then are able to pick the fish you want to eat, the chef takes the fish in the back to cut and prepare it while it is still alive, and the dish is then brought back to the table and presented to the diner with its heart exposed and still beating. My question is, how do you still have an appetite after viewing the cruelty first-hand?

Have you ever heard of these dishes? What food do you avoid to denounce cruelty towards animals? Add to our list in the comments section below.